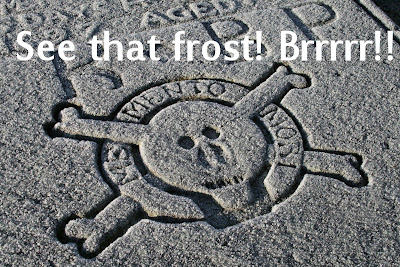 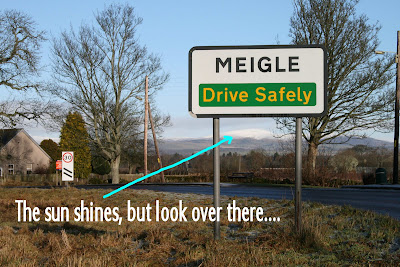 Yaaaaaaay!!!! We're back on the road people. Friday was a bit of a dodgy day. Up early, fed the sheeps, rescued one of them who had a piece of string wrapped around her horns and throat, managed to get Ringo the Rescue Dog to his vet appointment on time. Then things started going slightly wrong. By the time we came out of the vets, the van had developed a flat tyre at the rear. Luckily I had the 'pumper-upper' with me, so whipped it out and pumped it up. Nipped up to the photographers shop to see if he could shed any light on why my Canon is only returning half a picture. Bad news 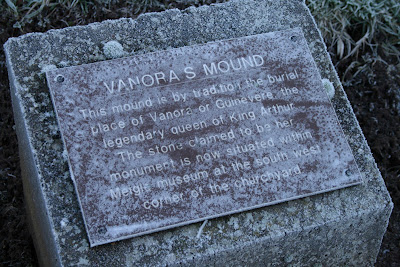 was the reply, I'll have to send it away to be fixed. Completed our duties in town and made it back home before the tyre when down again. Hooked the trailer up and went out to get some hay. By the time we arrived there, one of the front tyres was nearly flat, as was the other rear. Decided the front would be ok but the rear needed some air. Off with the valve cap, pumped it up, removed the pump thingy, and the air all came bursting straight back out. Oh good. Made it home, had an hour to unload the hay, load Cubbie up, pack a bag and head off to Glamis where I would be presenting another showing of my Cubbies Counties video later that evening. Pumped the tyres up before I set off and crossed everything that they would last long enough. Met up with Shorty and his good lady, Jenny (Jenni? Jennie?) for tea (**Ah, ooops, turns out her name isn't really Jenny, but I was close, tis Janey! Of course!**). Many thanks to them for a very pleasant meal - and yes Shorty, it was miles better then Jimmy Chungs. Shorty made us a wee bitty late for the meeting, due to not being able to resist the spicy duck fingers....but we won't dwell on that. The meeting in question was the Central Scotland (VMCC) section monthly get-together, where I had been booked for some months, to visit. The first showing was Cubbies Counties, which provoked various comments throughout, mostly rude (of course!) but most definitely in good humour. I don't think people realise just what sort of state the bike was in when I got it, way back in 2003. Next up was the Moto Piston video; a selection of photographs and video footage from my trip to Spain. Then, oh yes, then, what happened next? Oh yes, the other candidate running for Area Rep had come to see my presentation, and young Shorty (he da Chairman ya know) kindly granted both of us some time to stand up and talk to the assembled crowd. Gulp. Unaccustomed as I am..... Then, to round off the evening we ran my third video / slide show with heaps and heaps of pictures from the Motorcycle Convention at Alford, the Cairn O' Mount and the bike show at Ingliston (Edinburgh) all from last year. It would seem it was all well received, if the comments afterwards were anything to go by, and the kind and generous 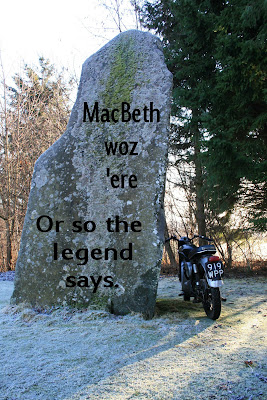 members there donated another £60 to the cause, which is very much appreciated chaps.

Stayed down there that night, woke up to a glorious, bright and sunny day. Unfortunately, there was also an incredibly heavy frost over night, making the side / back roads a bit slippy. Popped along to Shorty's to plan my attack, and decided, after being given the verbal guided tour, that Meigle would be one of my places of choice in Perthshire. MacBeth's stone and the old church yard where the burial mound of Queen Guinevere is said to be, were two of the more prominent places in the village that we visited. Will post some pictures tomorrow, but have to go and pack another overnight bag now, as I head off to Edinburgh early tomorrow morning. Yawwn. So that's another county ticked off, a few more pounds raised, and a winter trip to Orkney looming ever closer.
(Oh ok ok, pics done, you lot don't care if I miss my 5am alarm call and miss my train, do ya!)
Posted by Gorgeous Biker Chick at 17:16

Is this a Cubbie I see before me?

BC,
When you were in Meigle did you pop in to see Simon Linford Engineering? A good friend of mine bought a Vincent from him 4 years ago and he has a super 'Workshop' makes his own flywheels etc and he's richt into Brit Bikes, Last I heard he had a AJS & Matchless off roaders.
As for Jimmey Chungs - I binned them after them serving up seagull wings in Dundee two years ago. It was on North tonight.

Very nice, as always. Love the pictures, but isn't Guinevere supposedly English?
Also, when do we get to see some videos? All your loyal fans around the world are waiting intently.
And last, for your 10 reasons..don't ya think #10 might be a bit undone by the previous 9?

Good write up BC.Don't worry about blowing your own trumpet,we'll soon tell you when we get fed up with it lol
I'll second Darrell when are we going to see some of the videos?You could start selling them to boost the funds?
Just thinking the Italian connection might be handy?

Dont suppose the Itallian connection would be the V.M.C.C. Itallian marque specialist I have been in contact with would it? Please let us know.
Slick.

Well Darrell, it ain't easy to list reasons why 6 sections (one entire country!) of such a huge club should vote for me. I'm not one to toot my own trumpet, as the saying goes, but if I want to win, then people have got to know what they're going to get. So there ;-)

Hey BC, good to hear from you after a wee break there.

Didn't pop in to the Linfords...but would like to some time...I'll leave that in the paws of my Perthshire Social Secretary...

Looks like we had someone from Italy popping in...I wasn't too sure about the link to some sort of fashion site... so sadly I had to remove your comment - if you'd like to pop back and say hello and tell us a bit about yourself, we'd love to hear from you.

Thanks Kwak, already thought of selling them but it might be tricky for various reasons. Leave it with me.

Hold on young lady, you forgot to say that you were 30 mins late arriving at Glamis,putting presure on the schedule. We weren't late arriving at the meeting we just weren't early.
I am also concerned to hear that I had Duck Fingers.
For Darrell, Guinevere was English but fled to Scotland(on a Cubbie perhaps) but came to a very sticky end in Meigle

You were late picking me up from the hotel. So there.

Hey BigBob, did you get my mail?

That will be the Arthurian Dragon Cub, then. Very popular in ancient Britain, but a bit leaky, Welsh leeky that is!

So..if Guinivere came to Scotland on a Cubbie, does that mean that Merlin did the electrics? (Or somebody named Lucas?)
When I was in Cornwall I was told that Tintagel was an Arthurian castle, so I guess the lady had a long trip.

Darrell, I think Arthur hung out anywhere he could get a free meal and a bed for the night, if you know what I mean! The legend seems to persist mainly in the celtic regions though. As for Merlin - well - he could fix anything.

there was no writing on that stone when I was over there ..... have you resorted to Graffiti ..... you wicked person ..... hahahahhaa