I bet you're all thinking that Gorgeous Biker Chick is just a lazy little thing, spending all her time painting her nails and idly flicking through picture books of Triumph motorcycles, nibbling chocolate and supping evaporated milk straight from the tin.  Well you wouldn't be far wrong, but generally I only get time to do those things for about 3 seconds a day.  Since the last lot of snow, the days here have been filled from start to finish with animal welfare.  With somewhere in the region of 80 sheep to look after, plus a pony and some fowl, not to mention the dogs and cats, it takes more or less the whole morning to put the feed out (especially if the weather is inclement at the time), lug bales of hay around, carry buckets of fresh water to the different fields and break the ice in the barrels and troughs.  That was the daily grind for the last few weeks, with Mrs BC and I wading through snow at first, and then mud, and now, finally, its drying up underfoot.  By the time we'd done all that, it was usually time for me to go to work - the paid version of it!  And then if you do a bit of maths, you can see that doesn't leave much time (or energy) to build bikes.

The first lot of lambs are now about five weeks old, but until last week, they'd been living in the steading on a full time basis because there just wasn't any point in putting them out in the fields, which were covered in a chilly blanket of frozen snow.  You will have heard many terrible news stories of sheep and ponies (especially in Wales) dying in the snow storms, and we're eternally grateful that we haven't lost any in those circumstances, but sadly we have lost two ewes due to the poor conditions, and last weekend we lost little Number 3 - a triplet lamb who was being bottle fed.  She tried to die once on us, the day after she was born, but we got her through that and thought she would be ok, but sadly it was not to be.

So for this weekend, the plan goes like this....tomorrow we will finish the base for another shed, which is being delivered and erected on Sunday, and at any time over the weekend, there are more ewes due to pop - just hope they can wait until Sunday!

So I haven't been able to do much in relation to the Gaffers Gallop, but I have, of course, been plugging away with the next issue of The Cub Mag (www.thecubmag.com) which will be available sometime around mid-end of April.

And I would post some pics of the lambs but can I get them from my Awesome Phone to the steam powered computer....no, you're right, I can't!! 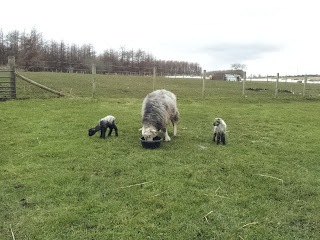 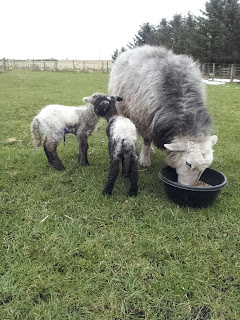